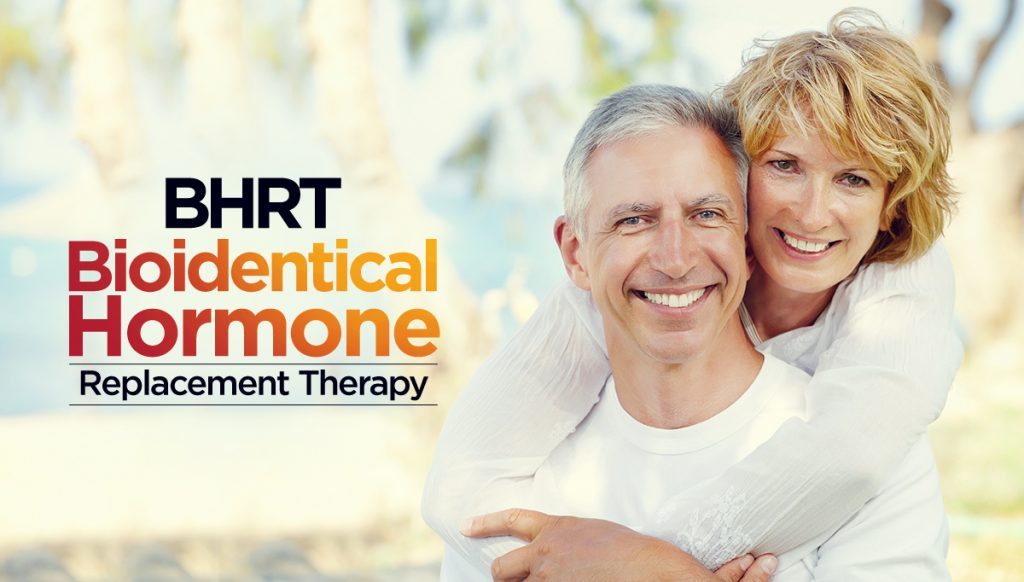 What Are Bio-Identical Hormones

Bio-Identical hormones are plant derived hormones that are structurally identical to what a person’s body produces. Bio-Identical hormone replacement therapy (BHRT) uses natural estrogen, progesterone and testosterone and has been used safely in Europe for several decades. Since these natural substances cannot be patented, there is little incentive for pharmaceutical manufacturers to fund research of these hormones or promote them to the medical community. BHRT is individualized to meet each person’s specific needs. Natural hormones are available by a doctor’s prescription and can be compounded in a variety of dosage forms including: creams, gels, suppositories, capsules and troches. To learn more about the positive health impacts of BHRT and taking charge of your hormones, contact one of our compounding consultant pharmacists today, or speak with your physician.

The Benefits of BHRT

Hormones are a powerful presence in a woman’s life from the time she enters puberty until menopause. Even after menopause the lack of certain hormones impact women greatly. Many physiologic and psychological changes are noticed during menopause and peri-menopause including depression, disturbed sleep, memory lapses, heart disease, thinning skin, hot flashes, osteoporosis, and reduced libido. Millions of women decide with their physicians to replace hormones like estrogen, progesterone, and testosterone with a synthetic version. The exciting news is there are other alternatives to the popular synthetic hormones that could change a woman’s life.

Postmenopausal androgen therapy using testosterone is an area of hormone replacement that may be underutilized. Following menopause, in addition to estrogen levels falling, androgen production decreases as much as 50%, secondary to a reduction in adrenal and ovarian secretion. Some signs of testosterone deficiency include:  lack of sexual desire, diminished energy, and loss of muscle tone. Supplemental testosterone can positively impact libido, osteoporosis and energy levels.  Testosterone therapy in women and men has not been proven to alter the lipid profiles. An article in an 01/04 issue of the New England Journal of Medicine states that the present data suggests “topical testosterone replacement therapy within the physiologic range is not associated with worsening of the lipid profile.”

A controversial topic regarding testosterone replacement therapy in men is its effect on prostate cancer. Despite decades of research, there is no compelling evidence that testosterone has a role in prostate cancer. The 01/04 issue of the NEJM compiled several published prospective studies and revealed that only 5 cases of prostate cancer occurred among 461 men (1.1%) in a period of 6-36 months.

This is a prevalence rate which is similar to that found in the general population.

Estrogen is actually made up of several hormones. In women the three most important estrogens are estrone (E1), estradiol (E2), and estriol (E3). Estradiol is produced directly from the ovary. Estradiol is then converted in the body to form estrone.  Estriol is produced in smaller amounts by the ovary and is present in large amounts during pregnancy. Formulations have been developed that use bio – identical  estrogens in proportion similar to that found in a woman’s body. The most common form of estrogen replacement is conjugated equine estrogen (natural to horses, not humans). It is natural, however, not bio – identical to what the female body produces.

Bio-identical progesterone has many benefits as compared to the synthetic version. A study published in the Journal of the American Medical Association 1 documented the cardiovascular benefits of using supplemental estrogen in post-menopausal women.  Referred to as the PEPI Trial, this study also confirmed that synthetic progestins partially negate the beneficial effects estrogen has on cholesterol.  Bio-identical progesterone, however, maintains the positive effects estrogen has on cholesterol, without side effects.  Progesterone plays an important role in the prevention and treatment of osteoporosis.  Osteoporosis in women begins in the mid-30’s, usually 15 years before menopause.  The bone loss rate is about 1% per year until menopause. With menopause, bone loss accelerates to 3-5% per year for 5 years.  After that, it decreases to around 1.5% loss per year.  If only estrogen is important in preventing osteoporosis,  there would not be significant premenopausal bone loss, when the estrogen levels are still high.  In the years prior to menopause, it is the progesterone levels that fall secondary to periods without ovulation. Dr. John Lee treated postmenopausal women with bio-identical progesterone cream and showed an increase in bone mineral density of 15-30%, indicating a reversal of osteoporosis.2  In addition to reducing the risk factors for two of the most significant diseases that women face, heart disease and osteoporosis, natural progesterone is also useful in treating the symptoms of PMS, endometriosis, and fibrocystic breast disease.

ORGLIFE PHARMACY WILL MEET ALL YOUR COMPOUNDING NEEDS FOR BIO-IDENTICAL HORMONE REPLACEMENT THERAPY.